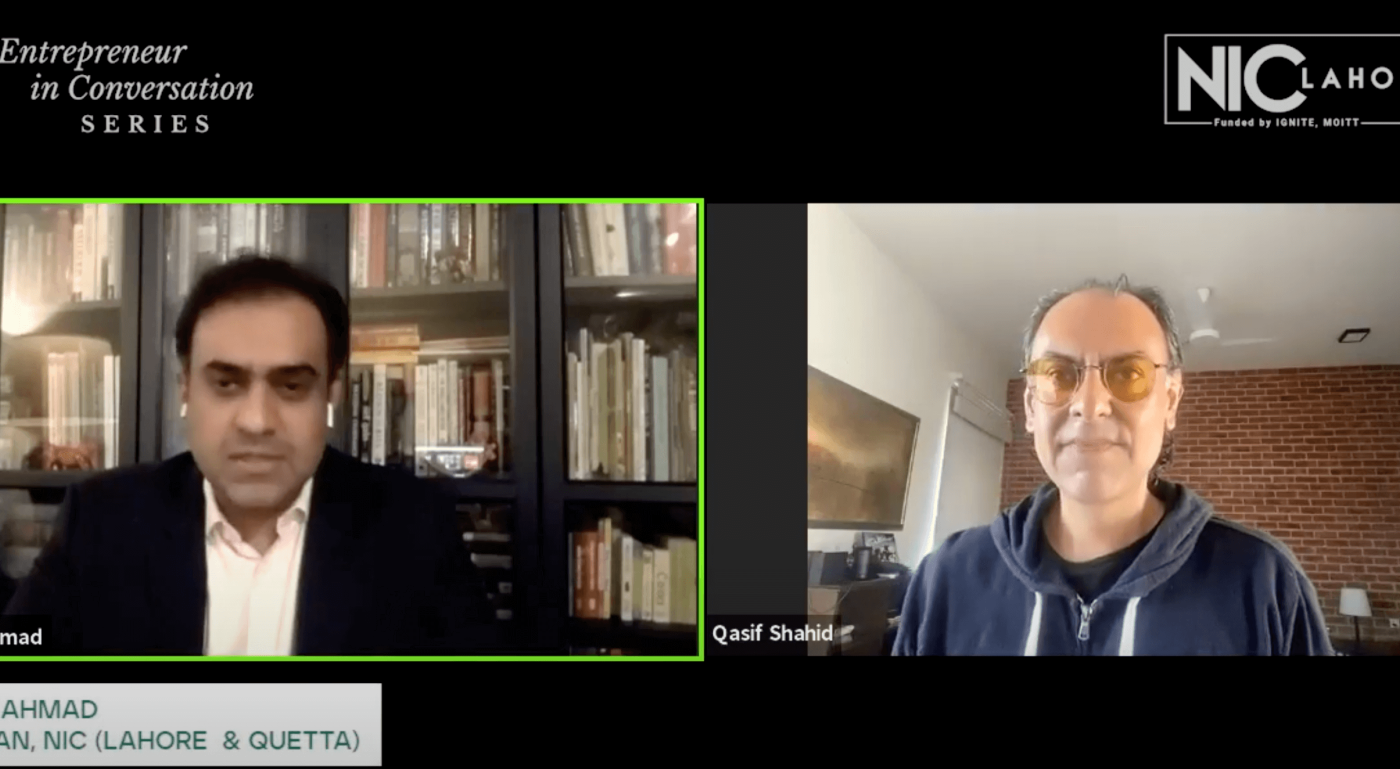 Globally, the finance sector has been witnessing a dynamic shift towards digitization, inevitably revolutionizing the way business is conducted; but to what extent has that shift made its way to Pakistan? In a country with a population of over 210 million, only 20 per cent of the adult population is banked, and only 2-4 per cent have access to credit. Why are the penetration levels so low in a country that is quite digitally literate?

A veteran in the digital banking sector of the country, Qasif Shahid, CEO Finja, discussed many of these questions regarding digital credit, market penetration and opportunities for Fintech start-ups in Pakistan, during his talk as part of NIC’s ‘Entrepreneurs in Conversation’ series.

Equipped with over 20 years of experience in the industry, Mr. Shahid is revolutionizing the sector through Finja— a Fintech startup that is digitally disrupting and democratizing lending in a PKR 10 trillion Pakistani market by harnessing data and AI.

Recently, Finja reigned in hefty funding from blue chip investors who have invested in Pakistan for the first time. “This will also help us gain secondary investments as well, so it is now going to become easier for Pakistan to get more investments in the sector. We are super happy that Finja was able to make headway in this—for us and for everyone,” shares Mr. Shahid.

On its operating mechanism, Mr. Shahid explained that Finja is essentially a digital lending platform that brings together the disparate data bases of the buying and selling behavior of businesses and professionals. This data is then run through an algorithm to create a loan amount and uncover the optimal lending book.

He talked about how Finja is building a lending business by partnering with multiple incumbents and becoming a hybrid balance sheet lender. “So far Finja has gone out and deployed close to 10 million dollars of loan throughout, and almost all of that is Finja’s own money that we raised through equity”. Now, Finja has partners such as Meezan Bank, Faysal Bank, EasyPaisa and Pakistan Microfinance Investment Company (PMIC), which essentially means that when Finja gives out loans, over 80 per cent of it is covered by the partners, and the return is split 60/40.

Mr. Shahid then addressed a pressing concern for all financial minds: why are people with smartphones and internet connections paying bills in cash and moving money? Mr. Shahid believes that the exclusionary practices of the branch banking model are responsible for people not being banked in emerging markets. The less privileged are hesitant to go to banks owed to the condescension that it entails, along with piles upon piles of paperwork.

In current times, however, the branch banking model has been rendered quite ineffective. “The pandemic killed the branch and caused a shift towards the digital onboarding of business models. The preferable customer now does not need to have a lot of money, but conducts numerous transactions, generating data.”

Mr. Shahid explains that the paradigm can be shifted by creating digital onboarding processes and value proposition that is as strong as WhatsApp or Facebook. “The case for digital business is already made, and Pakistan is at the cusp of transformation. We may see a change in the next three years, one that’s even bigger than what we experienced from 2001 to 2010.” He states that in order to facilitate this change, it is up to fintech start-ups to serve as the glue between the businesses, customers and the incumbents. Adding that incumbents, in all industries, are like platforms; Fintech startups should direct their efforts to position themselves atop these platforms and provide them with solutions to their problems.

Furthermore, he advised FinTech and start-ups to not just partner with banks, but to partner with new age platforms because it makes the process incrementally easier. “The first platform that you have available is Finja. Once Finja has partnered with you, it will be easier for you to go out and partner with banks.”

Finja is the first Fintech to obtain two regulatory licenses, an EMI (Electronic Money Institutions) license under the ambit of the State Bank of Pakistan, and a fully function lending license for an NBFC (non-bank financial company) under the SECP. However, Mr. Shahid states that instead of just applying for a license and placing their destiny at the hands of the regulators, Fintech startups should try to create value credentials to enhance the regulators interest in the meantime.

Pakistan is one of the countries with the lowest numbers in terms of lending to our businesses, and Mr. Shahid believes that until these numbers do not rise, the economy will not swell. “If you want to transform the country, the first step is to provide small businesses with a combination of technology and credit, and there is a lot of gap to be filled in this area.”

Concluding the session, Mr. Shahid expressed his appreciation and gratitude to Saleem Ahmad, Chairman NIC, for his efforts to make NIC a platform that can generate high quality companies. He then assured the attendees that Finja is open for all sorts of communication, collaborations and internships. “We are a Pakistani Fintech and will play our part to help grow the economy. We are here—we are open.” 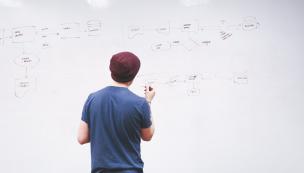 From A to VC: A Guide to Venture Capital Funding